Men and Machines: Legends Across Generations

The “Class of ‘45’s” origins are really quite simple. While watching practice at the Wings Over North Georgia airshow in October of 2013, pilots Jim Tobul and Scott Yoak were discussing the USAF’s Heritage and U S Navy’s Legacy flights.

Jim, owner of the F4U-4 Corsair “Korean War Hero”, and Scott, owner of the P-51D Mustang “Quick Silver” started talking about doing a formation flight of their own to honor the service personnel who flew and maintained these legendary American fighters. Both aircraft were the pinnacle of military technology at the time, technology that helped win the war in the European and Pacific Theaters in World War Two, and went on to continue the defense of freedom in the Korean War.

Both the “Korean War Hero” and “Quick Silver” were built in 1945. From this landmark year we present to you the “Class of ‘45”. 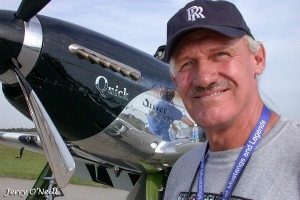 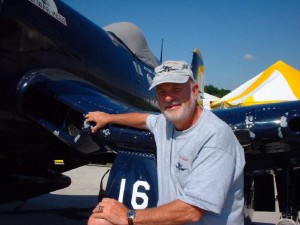 Both Jim Tobul and Scott Yoak are very well respected in their mounts and in their families’ histories. Both come from great families in the warbird community. Joe Tobul and Bill Yoak made huge marks in the warbird movement, and their passion continues today with their sons’ commitment to their legacy. Sadly both Joe and Bill are no longer with us. They left behind with their families the passion and desire to showcase two of the greatest fighters ever were made to defend our nation.

The Class of ‘45’s mission is to preserve and honor the service of American military men and women, both then and now. In flying these legendary machines, we remember their service, their contributions, and our obligation to never let their sacrifices be in vain. As the thunder of their engines fades into the distance, remember that freedom is not free and liberty is everyone’s responsibility to preserve. Thank you for your interest, and God Bless America.