Scott is a 2008 graduate of Embry-Riddle Aeronautical University, Daytona Beach Campus with a major in Aviation Maintenance Science and a minor in Air Traffic Management. While attending school at ERAU, Scott obtained his Commercial Single and Multi Engine Land, Single Engine Sea, Flight Instructor, and Airframe and Powerpant Mechanic. In between all of the school flying, he built hours by banner towwing and instructing in the family T-6 Texan before checking out in the P-51 at the age of 20. After Graduation, Scooter moved back to West Virginia, obtained his Inspection Authorization, and has picked up the family restoration and fabrication business. He currently holds a Surface Level Aerobatic waiver in the P-51 and performs in dozens of shows a year. His current Total time is 5,000+ hours and over 400 in P-51’s. When he is not touring with the mustang or working in the shop, he is the Deputy Team Chief for the Black Diamond Jet Team. 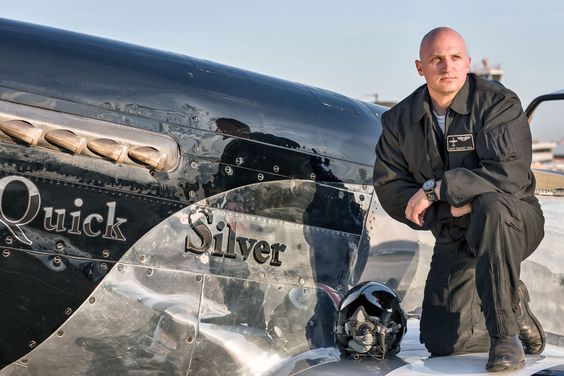 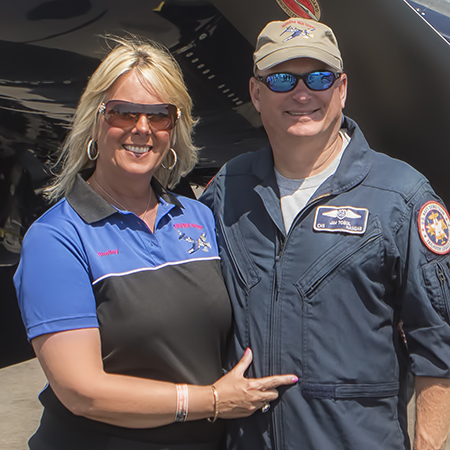 Jim Tobul is the man behind the stick in “Korean War Hero,” but rather than the owner, he considers himself more the caretaker of this beautiful warbird and her storied history. An avid pilot for over 40 years, Jim takes great pride in carrying the legacy of the veteran Corsair to airshows all over North America. He lives in Jackson, WY.
“It’s very important that we keep the history of these aircraft and the men that flew them alive and active,” said Jim in a recent interview. “The role these heroes played in securing democracy and our freedom cannot be measured. We owe them a great debt, and it is an honor and privilege to carry on for them and tell their stories.”